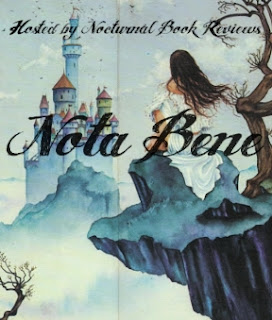 Nota Bene means note well in Latin and I'm fairly sure that in my student notes on lectures there was always a huge amount of NB notes that would have marked the important phrases or passages which in turn would pop up on a quiz or exam later.
I had this thought to introduce this feature for new and old releases of ebooks I'm interested in to bring your attention to them too. We'll see how it goes, but if you're interested in it please let me know and of course you are welcome to share it. 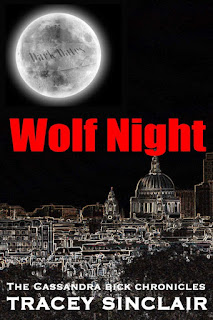 After narrowly averting a supernatural war in London, Cassandra Bick just wants life to get back to normal. Or as normal as life can be when you run a dating agency for vampires, your best friend is a witch and the oldest, strongest and sexiest vampire in town is taking a very personal interest in your business. But when a vicious new supernatural enemy threatens her friends, Cass finds herself once again fighting for the fate of her city – and having to face some demons of her own.

Snarky, sexy and fast paced, Wolf Night will leave you breathless. Wolf Night is Book 2 in the Dark Dates series, the Chronicles of Cassandra Bick.

Released last night.
I really liked book #1 and am looking forward to Cassandra's adventures in book #2 :) Summary
What would you do to win your freedom? This is the question that sets bondwoman, Martise of Asher, on a dangerous path. In exchange for her freedom, she bargains with her masters, the mage-priests of Conclave, to spy on the renegade sorcerer, Silhara of Neith. The priests want Martise to expose the sorcerer's treachery and turn him over to Conclave justice. A risky endeavor, but one she accepts without hesitation--until she falls in love with her intended target.

Silhara of Neith, Master of Crows, is a desperate man. The god called Corruption invades his mind, seducing him with promises of limitless power if he will help it gain dominion over the world. Silhara struggles against Corruption's influence and searches for ways to destroy the god. When Conclave sends Martise as an apprentice to help him, he knows she's a spy. Now he fights a war on two fronts--against the god who would possess him and the apprentice who would betray him.

Mage and spy search together for a ritual that will annihilate Corruption, but in doing so, they discover secrets about each other that may damn them both. Silhara must decide if his fate, and the fate of nations, is worth the soul of the woman he has come to love, and Martise must choose continued enslavement or freedom at the cost of a man's life. And love.
Has been released for sometime already, and I keep hearing good things about it.
Goodreads
Amazon US($2.99)/UK (£1.87)

Summary
Jude Magdalyn Henries lives what many would call an unconventional life.Orphaned at birth, raised by nuns, a teenage runaway living on the streets... she now earns a living at odd jobs, including one as a fake tarot card reader. Very little about Jude's life appears normal, by any scale. When she accepts a gig to do a private reading, unconventional takes on an entirely new meaning.Life as she knows it ends when she's thrust into a world she never knew existed-one filled with magic, vampires, and her beloved New Orleans on the verge of an underground war. To make matters worse, she's got two men in her life vying for attention, Williams and Theo. Both call to a different part of her, but one scares her just a little bit. Can she step up to the challenges set before her and make the right choices for the "greater"greater good"?
Another book highly recommended by a friend. Did anyone read it already?
Goodreads
Amazon US($2.99)/UK(£1.92) After three hundred years of unlife, vampire Zara Lain has seemingly done it all, and she's now making a living as a successful thief-turned-assassin. Her newest assignment seems simple enough--kill the aging leader of the O'Connor Coven and his only heir, and she'll have another ten million in the bank.But in the dangerous world of the supernatural, few things are ever "simple."When a massive assault decimates the continent's population of powerful witches and warlocks, and its orchestrator has vampires being hunted down and captured, Zara realizes the tables have turned and now she'll be playing the hero. Forced to join with a smart-mouthed fellow vampire, a demonologist who's also a fan of hers, a recently widowed--and frequently brooding--warlock, and her best friend's mom, Zara's grudgingly willing to do what she can to save the day.If only people would stop ruining all her outfits...
I know Melissa loves this author, and it's on her recommendation this book ended on my wishlist.
Goodreads
Amazon US($2.99)/UK(£1.91) Shane Hewitt has been many things—failed husband, supernatural punching bag, and now a bitch to the vampire council of New York City. He thought killing rogue vampires was the hardest thing he’d ever do. Until a hot redhead smashes into him, shouts orders and announces she’s saving his life.

The sole female warrior in a family of druids, Siobhan O’Malley knows how to take care of herself and protect the big city from beasties who breach gateways from the fae realm. The last thing she needs is a misguided, leather-clad hottie’s help to get the job done.

Except maybe he’s exactly what she needs. Siobhan is expected to be a willing, virginal sacrifice on her twenty-fifth birthday. Sex with Shane to stay alive? If he can pull his foot out of his mouth long enough and stop driving her crazy, no problem.

Now if only the bad guys would leave them alone long enough to get the deed done.

Warning: Contains a wee red-headed archer with deadly aim; a leather-jacket-wearing vampire hunter with a habit for saying all the wrong things; and a life-saving ritual that will leave them both panting.
A spin-off from Sierra Dean whom I adore. Really need to read this one!
Goodreads
Amazon US($2.66)/UK(£2.27)