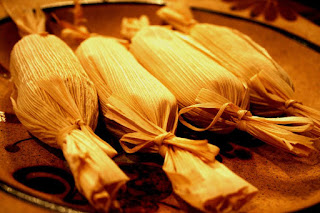 Dear Readers,
The Genius and the Muse has had four different covers, but none of them felt like exactly the right fit for one of my favorite books. This Christmas, I finally feel like I've found the right “wrapping paper" for this contemporary romance. I hope you’ve enjoyed this look ahead at Kate and Javi. Have a wonderful and blessed holiday season.
Happy Holidays,
Elizabeth 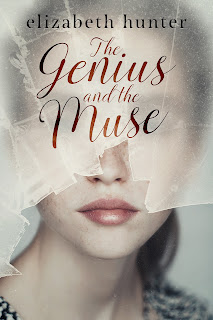 Synopsis
When Kate Mitchell decided to research the mysterious portrait in the student gallery, she had no idea how her life would change. She thought she knew what she wanted in life. She had a great boyfriend, a promising career, and a clear path. How could one simple portrait change all that? A photograph. A sculpture. A painting. One clue leads to another, and Kate learns that pieces of the past might leave unexpected marks on her own future, too. And how, exactly, did she end up in an irritable sculptor's studio? One portrait may hold the answers, but learning its secrets will challenge everything Kate thought she knew about love, art, and life. A single picture can tell more than one story, and in the end, a young artist will discover that every real love story is a unique work of art. 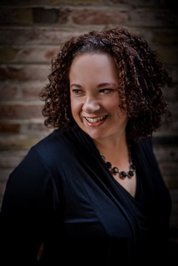 Elizabeth Hunter is a contemporary fantasy and romance author. She is a graduate of the University of Houston Honors College and a former English teacher.

She currently lives in Central California with her son, two very ineffective canine assistants, and a pitifully empty fish tank.

She is the author of the Elemental Mysteries and Elemental World series, the Irin Chronicles, the Cambio Springs Mysteries, and other works of fiction.

back to Christmas With Schedule