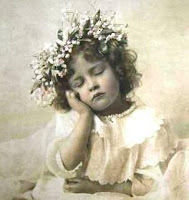 This feature/meme is very much like On The Smugglers Radar from The Book Smugglers (which is a a wicked blog!), and I will use it when I really want to bring to your attention some of the very cool book releases I'm looking forward to. You are welcome to use it too.

Summary
Set in an imagined past, this dark fantasy-adventure is for fans of Philip Pullman's The Golden Compass. Features  Jemma, a fiery-headed heroine held captive in Agromond Castle, yet destined to save mist-shrouded Anglavia.
Fiery-headed Jemma Agromond is not who she thinks she is, and when the secrets and lies behind her life at mist-shrouded Agromond Castle begin to unravel, she finds herself in a chilling race for her life. Ghosts and misfits, a stone and crystals, a mysterious book, an ancient prophecy—all these reveal the truth about Jemma's past and a destiny far greater and more dangerous than she could have imagined in her wildest fantasies. With her telepathic golden rats, Noodle and Pie, and her trusted friend, Digby, Jemma navigates increasingly dark forces, as helpers both seen and unseen, gather. But in the end, it is her own powers that she must bring to light, for only she has the key to defeating the evil ones and fulfilling the prophecy that will bring back the sun and restore peace in Anglavia.
Release date: April 9th 2013.
Goodreads
Why do i want to read it?
It's no brainer. She is a redhead, and how awesome does "telepathic golden rats" sound? Creepy and wonderful cover!

Summary
Set in early nineteenth-century England, this vivid and romantic historical novel goes from the most elegant ballrooms of London to the city’s most tawdry slums, as a spirited young woman helps unravel a plot by Napoleon to bleed England of all its gold.Through good fortune, Charlotte Raven escaped the poverty of the London slums and is now an educated, wealthy Society lady. But she lives between two worlds, unable to completely turn her back on her old life—specifically Luke, her childhood protector and now a ruthless London crime lord.

When Lord Edward Durnham is asked to investigate the alarming movement of gold out of England, his search leads him to London, and his recent acquaintance with Charlotte affords him access to a dark world he barely knew existed. As they delve deeper into the underbelly of London, danger lurks at every turn, and Charlotte must navigate between her two worlds to save England.

And soon she faces a defining choice: to continue in the familiar limbo she’s lived in for years, or to take a painful and risky leap toward a happiness she never thought possible.
Release date:  November 27th 2012.
Goodreads
Why do I want to read it?
I love everything about this book, its cover is gorgeous, the plot is my favorite - a society lady with a dark past associated with a crime lord, great conspiracy and lots of danger... I feel like this book will kick ass big time!

Summary
A heart-stopping story of love, death, technology, and art set amid the tropics of a futuristic Brazil.

The lush city of Palmares Tres shimmers with tech and tradition, with screaming gossip casters and practiced politicians. In the midst of this vibrant metropolis, June Costa creates art that's sure to make her legendary. But her dreams of fame become something more when she meets Enki, the bold new Summer King. The whole city falls in love with him (including June's best friend, Gil). But June sees more to Enki than amber eyes and a lethal samba. She sees a fellow artist.

Together, June and Enki will stage explosive, dramatic projects that Palmares Tres will never forget. They will add fuel to a growing rebellion against the government's strict limits on new tech. And June will fall deeply, unfortunately in love with Enki. Because like all Summer Kings before him, Enki is destined to die.

Pulsing with the beat of futuristic Brazil, burning with the passions of its characters, and overflowing with ideas, this fiery novel will leave you eager for more from Alaya Dawn Johnson.
Release date: March 1st 2013.
Goodreads
Why do I want to read it?
I know already  that Miss Johnson can write really well, plus how often can you read about futuristic Brazil with Summer King destined to die? Never. Also "lethal samba" makes me swoon ;)

Azurha, a former slave turned deadliest assassin in the empire, has just been offered the ultimate challenge—seduce, then murder the new Emperor. But Titus is not the tyrant his forefathers were, and his radical ideas might be the glimmer of hope the empire needs.

Titus Sergius Flavus has yet to master the powerful magic of his ancestors—magic he must wield if he’s to protect his people—but his father’s death has left him no choice. Rule the Deizian Empire and attempt to right his ancestors’ wrongs, or watch her fall to his greedy kin.

More than just Titus’ ideas hold Azurha captive. Night after night, he awakens desires she thought lost, and uncovers the magic of her hidden lineage. As her deadline approaches, Azurha is forced to make an impossible decision—complete her job and kill the man she loves, or fail and forfeit both their lives.
Release date: October 9th 2012.
Goodreads
Why do I want to read it?
If words "deadliest assassin in the empire" don't stir you, you must be reading different books from me *grinning* I just hope this won't slide into another paranormal romance where all the problems get solved with magic hooha meeting a mighty wang who can solve all the problems by having lots of wild monkey sex. Please, have some decent plot!

Sixteen-year-old Camille doesn’t remember her life before she was adopted by the powerful Vultusino family—the missing childhood years that left her scarred and silent. Now she lives a life
of luxury, protected by the supernatural Mafia Vultusinos, specially Nico, her adopted brother.

But Cami knows that she is not really Family. She is a mortal with a past that lies buried in trauma. And it’s not until a mysterious boy approaches her and reveals scars of his own that Cami begins
to uncover the secrets of her past . . . to find out where she comes from and what danger she now finds herself in.
Release date: April 4th 2013.
Goodreads

Why do I want to read it?
It's Lili we are talking about. Her writing is brutal, raw and very heart-wrenching. I love her! Plus, Mafia, you know? Great synopsis.

Summary
Evil Outfitters, Ltd. has specialized in the equipage of dark lords, assassins, necromantic wizards and priests, and rich madmen for hundreds of years--and it’s still run by its original founder, Tavrax the Lich. When the baron Drackley signs on as a new client, he ruffles the firm’s calm by showing every sign of truly being able to overthrow the king. Even Tavrax takes an interest.

Madeline Muir and James North, who comprise the tailoring department, are much less happy to discover that Drackley wants their undivided attention...and their loyalty.

Turning traitor isn’t typically a prerequisite for working as a tailor.
Goodreads

Why Do I want to read it?
Very unusual premise. How often do we read about tailors? It sounds wicked although I'm not a fan of the computerised cover at all. Stock photo would have been so much better.

This is it. Anything you fancy?