Posted by kara-karina@Nocturnal Book Reviews May 31, 2021

Word of Honor (2021) Season 1 36 episodes, watched on Netflix Synopsis from MyDramaList Zhou Zi Shu, the disillusioned leader of a royal praetorian secret service, takes drastic measures to leave his former life behind and wanders the pugilist world. He unexpectedly gets involved in a conspiracy after he steps in to save a young boy. He also meets the mysterious Wen Ke Xing, who is on a quest to avenge his parents’ deaths. They become bosom friends through a series of adventures involving a legendary treasure that is rumored to give its owner ultimate power over the pugilist world. Adapted from a novel "Faraway Wonderers". Watch on Netflix 9/10 Oh my god, thank you so much Netflix for acquiring this TV series from Youku. I was getting fed up waiting for all the episodes from Youku on Youtube, and didn't follow up on the last few, but suddenly it went on Netflix. Yes!!! Guys, this thing is amazing. Like Eternal Love amazing. This TV series is revolutionary f
9 comments
READ MORE Posted by kara-karina@Nocturnal Book Reviews May 27, 2021 Posted by kara-karina@Nocturnal Book Reviews May 20, 2021 Posted by kara-karina@Nocturnal Book Reviews May 17, 2021 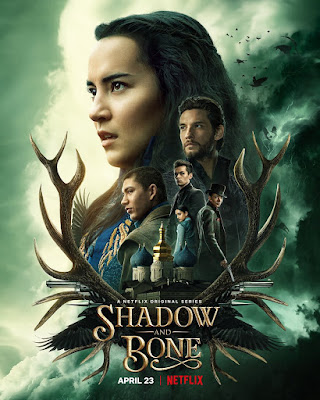 Posted by kara-karina@Nocturnal Book Reviews May 13, 2021

Why Shadow and Bone was everything I expected and more