Hi there! Hope everyone is enjoying a nice weekend. I certainly was excited to finally spend a quiet weekend at home cause husband and I have been traveling back and forth two weekends in a row, and we are now exhausted from all the long hours spent driving across states, though it was worth it.

We got to see family in Western New York over Memorial Day weekend, and last week we headed towards New York City for the “first ever” BookCon and I’m dying to share my thoughts on the experience… 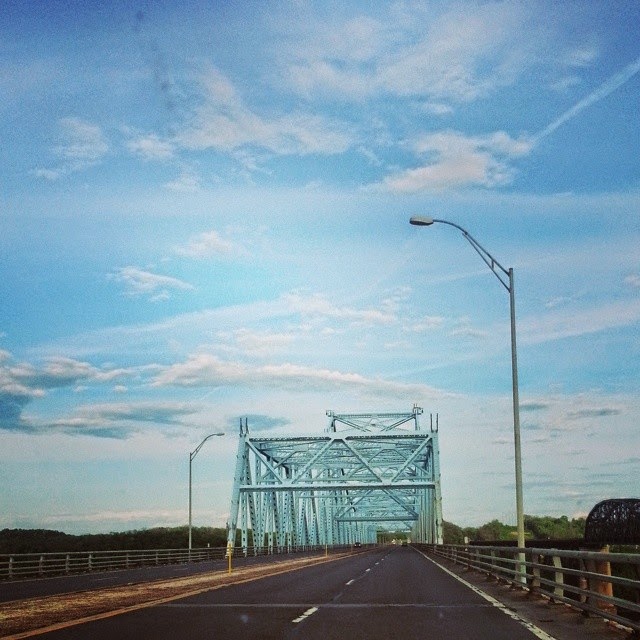 Event:
First of all, for those unfamiliar, BookCon (formerly known as Power Reader Day) is an interactive publisher/reader experience, that coincides with the closing day of Book Expo America (BEA), which is the largest annual four-day book trade fair in the United States. It’s a great event where you can discover and learn more about new books, meet authors, publishers, and of course other book lovers. 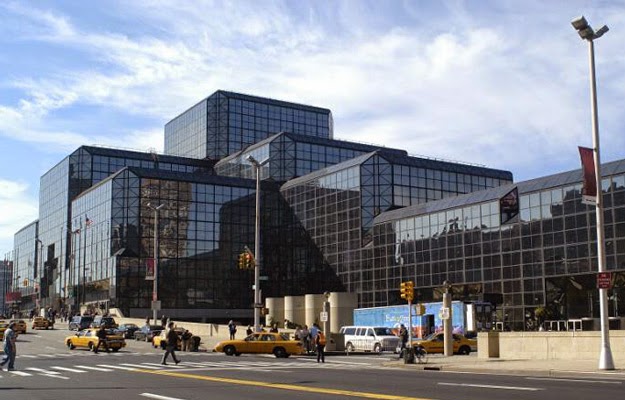 Location:
This year BEA and BookCon took place in Javits Center in NYC. New York City is truly the city that never sleeps! It is so full of life! Honestly, it is a little too busy for my taste but I enjoy the hustle and bustle of a big city in short gulps and BookCon is a perfect opportunity to visit. So if you are looking for an excuse to visit, you still have a chance next year as BEA and BookCon will return to NYC in 2015.

Meeting Authors:
A bit of history first, I attended Power Reader Day at BEA last year and really enjoyed my experience there. However, was not sure if I would go again, as I promised myself to attend the full BEA conference next time (all or nothing kind of deal), which unfortunately didn’t work out. So, BookCon was a last minute decision for me and it was all about seeing one of my favorite authors – Deborah Harkness, who is absolutely amazing by the way. She is the nicest person you’d meet, most gracious and lovely. I’ve been dying to meet her and guys – she remembered me from one of her Facebook fan groups! How cool is that? I was totally having a fangirl moment there! 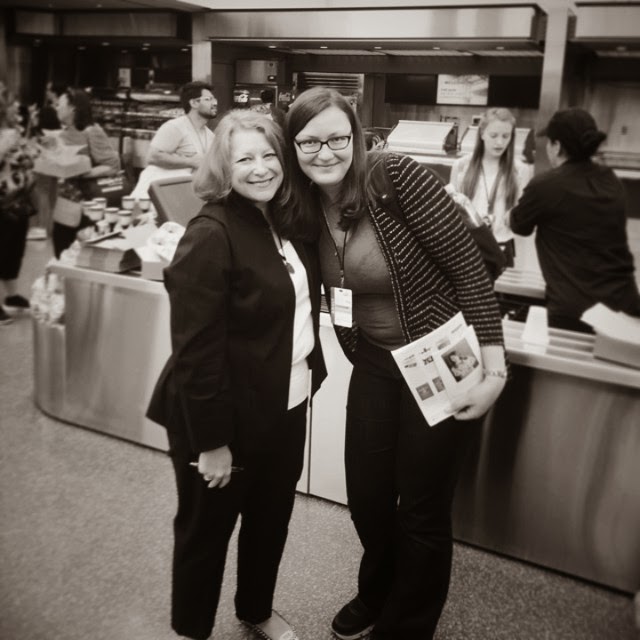 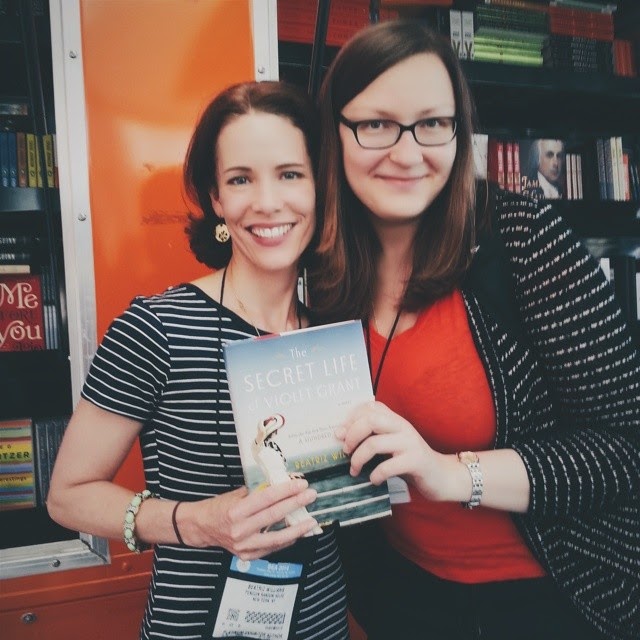 I also got a chance to meet the lovely Ms. Beatriz Williams, whose new book – The Secret Life of Violet Grant I recently reviewed on the blog. I stopped by to say “Hi!” and introduce myself and Beatrize was very sweet in person. So I’m glad I got a chance to meet her and take a picture of course! *wink*

Panels:
There were many panels, events, and autographing sessions throughout the day, and I had to pick and choose because I couldn’t make it everywhere. At the end, I think my selections were pretty great as I enjoyed both panels.

First up was Veronica Roth in Conversation with Alex London, talking about dystopian worlds they’ve created in Divergent and Proxy respectively. Both authors were quite funny and laid-back in their discussion and had a great rapport with each other and the audience. I learned that Divergent was originally written from Four’s (aka Tobias’s) perspective but that didn’t work quite well.

Later we lined up for This World and Beyond: A Conversation about Fiction and Fantasy with Deborah Harkness and Lev Grossman. This was the highlight of BookCon for me. I’m not familiar with Mr. Grossman’s The Magicians but I think I need to check his books out! Among many interesting tidbits and facts shared by both authors, I learned that the film rights to Deb’s A Discovery of Witches, acquired by Warner Brothers a couple years ago reverted back to Deb. So, as of right now it seems the movie is no longer in development. *sigh*

Other Thoughts:
I tried to make the best of the fair but at the end I really wish I attended BEA instead of BookCon, because the inaugural run of the latter was not smooth sailing at all.

The major difference from last year’s Power Reader Day and this year’s BookCon was access, whereas as Power Readers we had the same access to the whole floor of BEA as everyone else, with the single exception of it being the last day of the event. Well, BookCon changed that. BookCon floor/section was separated from the main fair. It was essentially a tiny six-row narrow maze, which lacked in so many ways. It was chaotic and unorganized mess. People were hoarded; publishers, authors, and exhibitors frankly seemed a bit lost and confused with presented “different” audience, and lack of signage or clarity as to who/what/where just added fuel to the fire. I felt disappointed and aggravated. The other disappointment was the lack of books, especially ARCs. Last year the variety and availability impressed me. It let me discover great new authors, and this year I gave up browsing the floor and just enjoyed the panels instead. 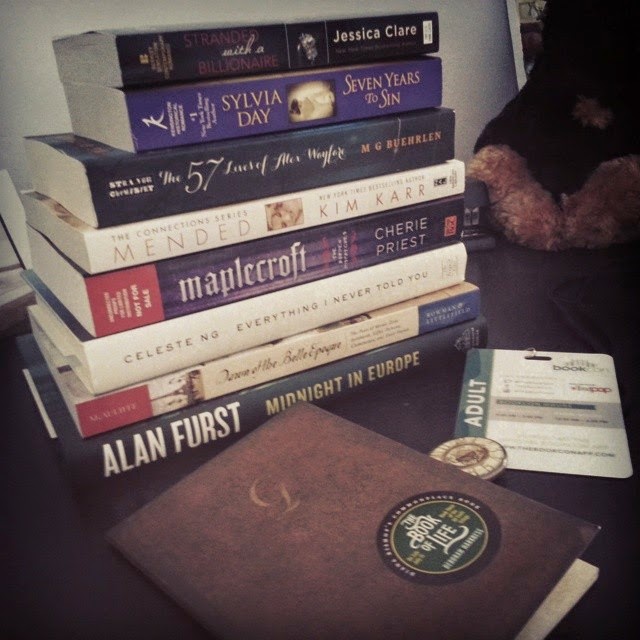 Conclusion:
Overall, we did have a nice trip. I loved having a chance to meet some of my favorite authors and attend panels. I was also happy to pick up a couple new books. But, if I go again next year it will certainly be for BEA and not BookCon.

Giveaway:
And last but not least, to celebrate another year of BEA I'm giving away a copy of Maplecroft (The Borden Dispatches #1) by Cherie Priest and Diana’s Commonplace Book, as featured in Shadow of Night by Deborah Harkness. (US entries only. Giveaway ends 6/21). Good luck!