Synopsis from BBC Entertainment
It’s London, 1851. The city is in the throes of the industrial revolution. But amongst the dirty red bricks and smoke stacks are three young, thrill-seeking artists – the Pre-Raphaelite Brotherhood.
Spectacularly badly-behaved, and throwing a one-fingered salute to the Establishment of the day, the Brotherhood are on a quest for artistic immortality that takes them into some of the lewdest, darkest and funniest corners of London.

* * *
In two words - ABSOLUTELY GLORIOUS!
This is classic BBC. Witty, colourful, full of drama and tongue-in-cheek humour and ever so clever. The acting is to die for. Everything is just so gorgeous from the running credits to the amazing colours.

This is pre-Raphaelites we're talking about, and somehow BBC managed to transfer the rich colours, the vividness of their art onto the screen.

There is a fantastic variety of voices and accents, characters and backgrounds... 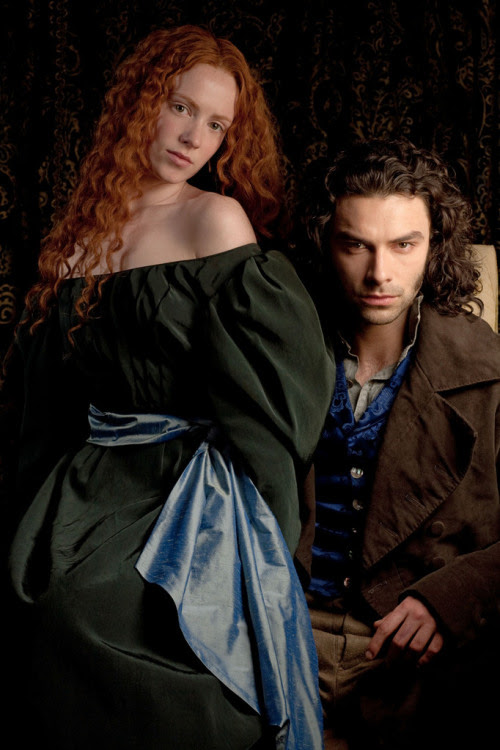 Lizzie Siddal and Gabriel Rossetti is perhaps the most dramatic and volatile couple dominating the whole 6 episodes of the series. Rossetti is what you call a charming scoundrel, he will tell the ladies beautiful lies of  true love and poetic inspiration and will flit away to another conquest. He really is an unpleasant character but you can not think of him as a villain, more as a moody selfish egocentric child who never grew up.
Lizzie is very beautiful, talented and utterly neurotic. She is taken from her stable environment of a boring protective family and thrown into this whirlwind of an artistic debonair world.
As a result she discovers her own talent as a painter, gets addicted to laudanum and when her heart is completely broken by Gabriel, she commits suicide. 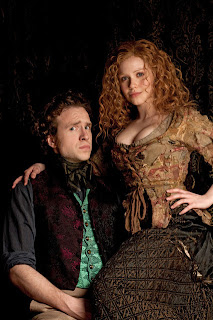 William Hunt and Annie Miller are my personal favourites.
Supposedly she is a buxom prostitute he meets in Covent Garden. He gets inspired, our crazy Hunt, and tries to make a lady out of her and marry the girl. Then he goes away for months to paint Jesus in Holy Land and when he is back, Hunt lashes out at her in a jealous rage and breaks up with Annie. Totally mad at him, Annie refuses to forgive the painter, and for the rest of his life he pines for his lost love  and tries to reform fallen women. They are both fun, off their rocker and utterly stubborn. I loved them both even when they made their bad decisions. 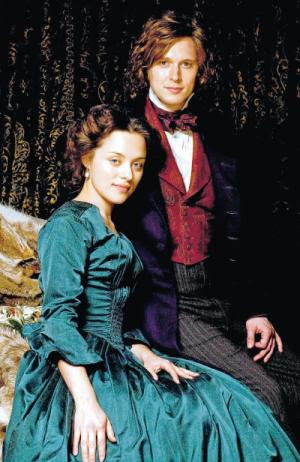 John Millais and Effie Ruskin is our last couple.
Despite Millais being very naive, harmless and good natured he managed to embroil his name in a scandal just as big as his mates', simply because Effie, who was the wife of his patron, a famous art critic John Ruskin, fell in love with him, divorced her impotent husband on the grounds of non-consummation of marriage and then promptly married Millais. This is perhaps the only couple who had their happily ever after in the series.

At last, Fred. The journalist who documented the secrets of Pre-Raphaelite Brotherhood, made them really happen and gain momentum and who stopped playing their fiddle when Lizzie, whom he secretly loved, died.
That Fred.
This is it. It's fun, it's crazy and it's very short - only 6 episodes. I wholeheartedly recommend it!
Warning: plenty of drinking and rogering. Don't watch with the children.
Email Post
Labels: 9.5/10 historical romance series tv