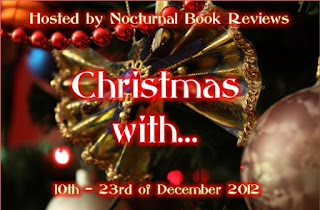 Elizabeth Hunter is a contemporary fantasy and romance author. She is a graduate of the University of Houston Honors College in the Department of English (Linguistics) and a former English teacher.

She currently lives in Central California with a seven-year-old ninja who claims to be her child. She enjoys reading, writing, travel, and bowling (despite the fact that she’s not very good at it.) Someday, she plans to learn how to scuba dive. And maybe hang glide. But that looks like a lot of running.

She is the author of the Elemental Mysteries and Elemental World series, the Cambio Springs series, and other works of fiction.

Elizabeth's first novel in Elemental Mysteries series, A Hidden Fire, is currently FREE on Amazon (US/UK) and Smashwords, however I offer you a chance to win two more of her books (ebook format) of your choice.

It's no secret that I find her writing outrageously good *grinning* and try to spread the word about it whenever I can.

Giveaway is open to all.
Ends 30th of December 2012 (like the rest of giveaways).
The books will be gifted through Smashwords which allows you to choose any eformat and doesn't have geographical restrictions.
Good luck and Merry Christmas!