An Unexpected Gift
By Susan Illene 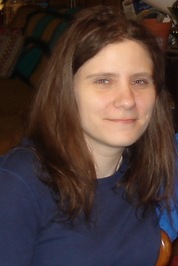 Susan Illene served in the US Army for eleven years and worked as a human resources specialist and an Arabic linguist. She served two deployments to Iraq, and after leaving the army, she studied history at the University of Oklahoma. She and her husband currently live in Oklahoma with two high-maintenance cats doing their best to help her write her books.
Find Susan
Website | Facebook | Twitter
back to schedule