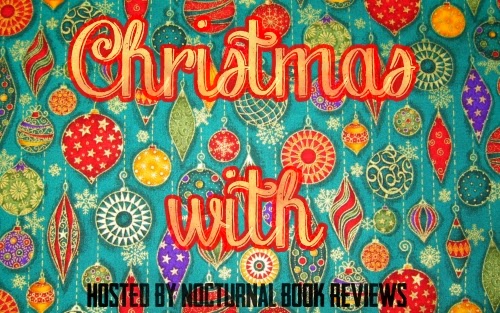 
When Karina first asked me if I’d like to participate in her Christmas-themed blog event, I thought I’d revisit a winter festival I’d written about in my book ENTREAT ME.  Modranicht was an Anglo-Saxon celebration that predated the arrival of Christianity.  It venerated goddesses and paid homage to mothers—basically a Mother’s Day that took place in winter.  I loved writing about it when I worked on ENTREAT ME so considered revisiting that holiday with those characters in their future.  I changed my mind once I completed SUNDAY’S CHILD.  That is a true Christmas-themed story with Saint Nicholas playing the role of international gift giver but accompanied by a troublesome, exiled elf who is neither cute nor diminutive and very much in love with a human woman who hasn’t believed in jolly Saint Nick for a long time.

During my research for both books, I quickly realized that history is fat with accounts of winter festivals grounded in every recorded religion and culture.  It seems humans like to party during the cold, dark months.  Instead of revisiting festivals I’d already researched, I went with a new one and revisited old characters close to my heart.  In THE LIGHT WITHIN the mage Silhara of Neith and his wife Martise attend a winter festival in the Dramorin mountains.  I’ve loosely based the festival off of an ancient Zoroastrian holy day that is still observed called Sadeh.  Sadeh is celebrated during mid winter.  It made for fascinating reading, and I encourage anyone curious to learn more to check out Zoroastrian festivals, fire temples, Chak Chak and Sadeh.

We celebrate Christmas in my household, so I wish everyone a Merry Christmas.  For those who celebrate other holidays during this time of year, I wish you a very safe and Happy Holiday season. 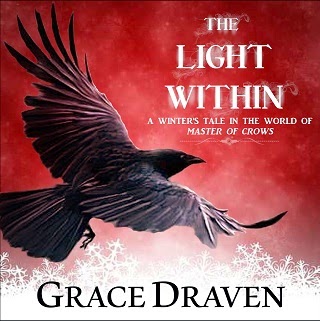 Purchase this story formatted for your e-readers on Amazon US/UK or Smashwords which is what I'm going to do to say "Thank You and Merry Christmas" to wonderful Grace Draven! 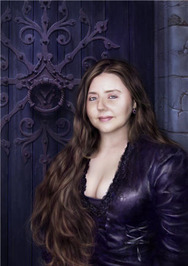 I'm an author and Louisiana native living in Texas with my husband, three smalls and a big doofus dog. I have lived in Spain, hiked the Teton Mountains, honeymooned in Scotland, ridden in competition rodeo and am the great great granddaughter of a Nicaraguan president. I also hate doing laundry and refuse to iron anything.

I've loved storytelling since forever. I published my first short story with Amber Quill Press and have since written several other tales. A love of the bad boy in fiction always inspires me.
Find Grace
Website | Facebook | Twitter | Goodreads