Aden managed to wait until the elevator doors closed before rubbing his forehead in a fruitless attempt to relieve some of the stress. Life had been so much simpler before he’d become Lord of the Midwest. Sometimes he wondered what the hell he’d been thinking. The elevator doors opened on his private quarters, and a rare smile crossed his face as he was reminded of the one reason he’d never regret coming to Chicago. He’d never have met Sidonie otherwise, and, although few people knew it, after centuries of bitterness, she’d made his life sweet.

She was in the other room now singing Christmas music along with the radio. And she’d lit a fire. He could smell the aromatic smoke from the applewood she’d bought just for the holiday. After a slight detour to his private office, he followed the sound of her voice to their bedroom and found her dancing around a small Christmas tree, hanging ornaments. He paused, leaning against the door jamb and watching her silently. She was graceful and beautiful, and she was his.

Sidonie spun around at that moment and saw him standing there. A welcoming smile lit up her face, a smile of such warmth and happiness . . . for him. It still surprised him sometimes. But tonight the surprise was for her.

“Aden!” She fairly skipped over to greet him, going up on her toes, her fingers fisted in his jacket, face raised expectantly. He rested a hand against her lower back, fingers splayed as he pressed her closer, as he brushed his lips over hers, once, twice, then crushed her mouth against his, wrapping her long, curly hair around his fist and holding her there. She moaned softly, and his dick was instantly hard.

“Good evening, habibi,” he murmured. “Did you miss me?”

“Endlessly.” Her arm brushed against the gift he was hiding behind his back, and her eyes lit up. “What’s in the box?”

Sidonie did a fair imitation of a vampire’s snarl, and he laughed. “It’s a present for you.” She made a playful grab for it, but he pulled it away. “It goes under the tree. Isn’t that how this works?”

“Only if you believe in Santa Claus, and my brothers ruined that for me ages ago. Can I open it?”

Aden pretended to consider her request. The truth was he’d fully intended that she open the gift tonight, since it was something for her to wear two nights from now, when they had dinner with her parents. Aden didn’t give a damn whether her parents liked or approved of him. Sidonie was the only one who mattered. But he knew it was important to her, and he wanted them to know that she was important to him. Fair warning: hurt his Sidonie and, parents or no, you will pay.

Sidonie gave him an extra-long, lingering kiss then snagged the elegantly wrapped box and hurried over to sit on the sofa, her face flushed with pleasure. Aden sat next to her, leaning back to watch in bemusement as she stroked the embossed silver foil, caressed the brilliant blue silk ribbon before finally ripping it apart and lifting the lid. It was a fair sized box, big enough to hold a pretty party dress or a warm jacket. But what Sidonie found was layers and layers of silver and sapphire tissue until finally . . .

Her face paled, losing all of its color as she looked up at him in shock.

“Open it, habibi.” He could hear her heart racing as she opened the small velvet box.

“Aden,” she whispered reverently, then gazed up at him, her blue eyes full of crystal tears. “But we’re already—”

“Mated. But this is for you. For your family, so they’ll know you’re mine.”

Sidonie lifted the stunning ring with shaking fingers. She looked up.

Aden took it from her, then cradled her elegant hand in his huge paw and slid the ring onto her finger. He rubbed his thumb over her knuckle then raised his eyes to meet hers. “Will you be mine, Sidonie?”

Sidonie launched herself into his arms, gripping his neck so tightly he could feel her heart beating against his chest.

“Silly vampire,” she whispered. “I already am.”

The festivities are full on for Vampires in America, so please click on the picture and start entering giveaways! 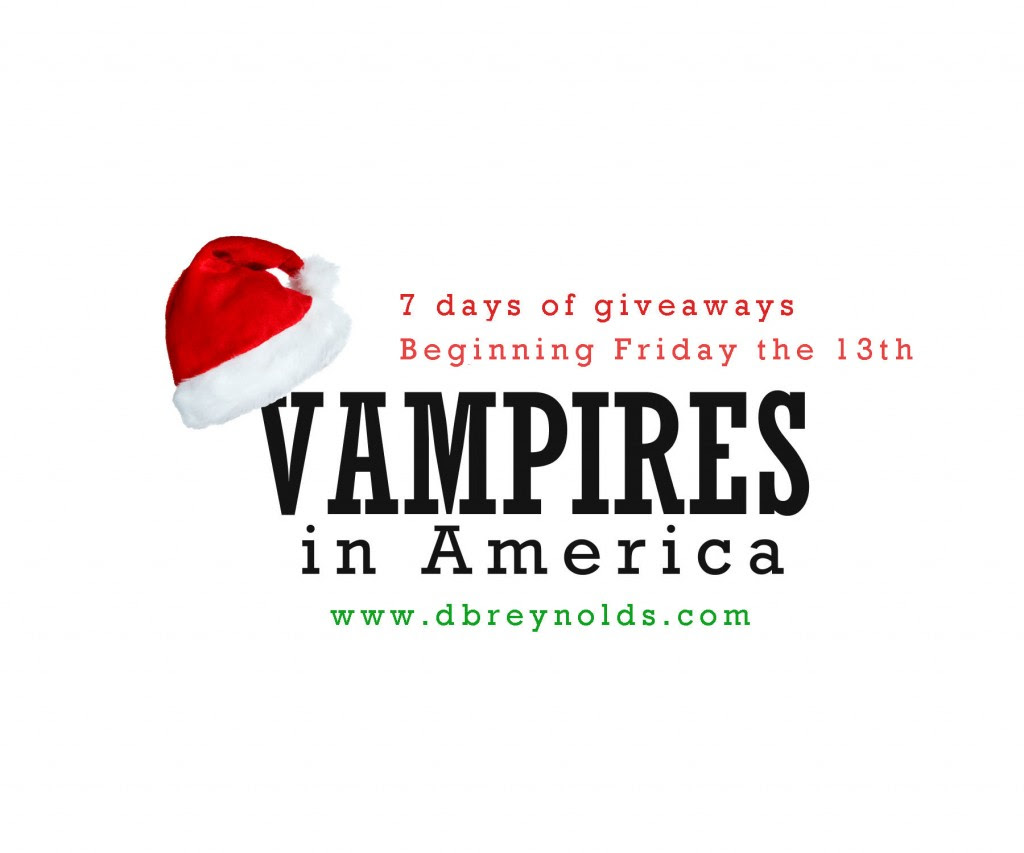 I am honored to host Aden and Sidonie's First Christmas as a first stop of this blog tour and I am extremely glad that one of my favorite series is having a well deserved book covers makeover starting with ever so delicious Raphael... 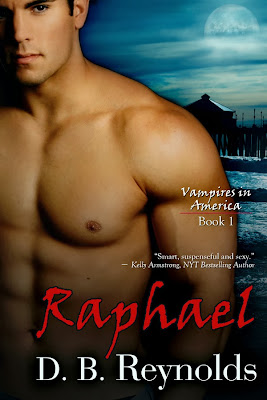 If you haven't started this series yet, today is the perfect day to do so. I hear there is a promo price on this book from your favorite ebook retailers :)
Amazon US/UK
Email Post
Labels: christmas d.b.reynolds giveaways international short story история от международный контест рождество